With 14 millions of visitors every year Venice fills the second place after Rome in the rank of the most known and frequented cities of Italy. The particular environment of this city over the water attracts the visitors as a magnet. Narrow full of life alleys, bridges, canals, gondolas and a lot of well-known historical building and of idyllic squares make Venice a destination to visit absolutely. However who is not well pleased of the only city of Venice, can also discover the little islands in the lagoon. The ferry-boat and of the gondola use and the continual water motion make a traveling in Venice an unique experience. read more

Here since 1913 yearly the Festival opera happens and every year more than half million of visitors attend this show, from June to August. Nearly every day some operas in the area of Verona are presented. The show that changes daily, allows to attend every evening a different and very famous opera during an only one stay in Verona. You can relieve operas as Giuseppe Verdi’s “Aida” , “Carmen”, “Nabucco”, “Turandot” and “Madame Butterfly” as well “Romeo and Juliett”. Moreover they can visit the unique roman amphitheatre of the arena, the house with the well-known Juliet’s balcony and each other ancient monuments that characterize this city. read more

The capital of Piemonte region is a majestic architecture city, with the very elegant feature and with the environment a little retro. Especially after the restoration work and refurbishment occurred on the occasion of winter Olympic games of 2006, Turin has recovered all its ancient splendor. This city has been capital of Italy in the past and in addition to be outstanding from an architectonic viewpoint, it houses at the same time one of the most known relic of the world: the Holy shroud. The Egyptian museum, other flagship, the second more important after the Cairo about the Egypt. Not to forget the imposing Valentino’s castle , here are so many reasons to visit this wonderful city. read more 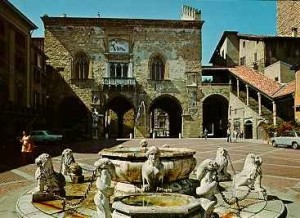 Bergamo is a very beautiful city, the unique northern Italy placed between an high-ranking part and (the high city) and the low-rise one ( that has established the modern progress of the historical area). Furthermore the city is surrounded in a wide and really green “ Parco dei colli”. It is impossible to avoid the fascination of Bergamo, a city that has been able to build a dual identity : the one of art city with its untouched historical centre, and the one of contemporary city, dynamic and active. read more 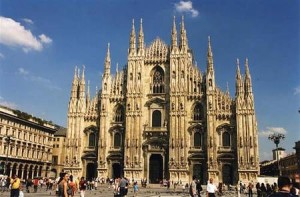 Milan, global city, capital of the fashion and of the italian economy , offer to the tourist many places to visit, monuments and architectonic works as ecc. that cross-refer to ancient periods and religious periods, city in which tradition and innovation, history and modernity meld each other. read more 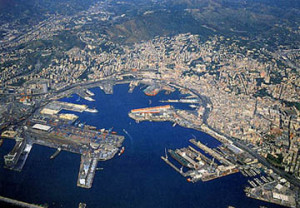 The heart of the city is certain the ancient harbor. In the harbor area indeed they can visit: the aquarium, where live seals, dolphins, penguins, sharks and innumerable species of fishes; the lighthouse (la Lanterna), the Galata museum of sea, the greatest maritime museum of Mediterranean sea , doomed to narrate the boatyard tales of Genoa and the great explorers of the sea ‘s ones (Christopher Colombo first of all). Unavoidable a promenade through the distinctive alley of the centre, a charming alleys muddle that climb down towards the sea. read more 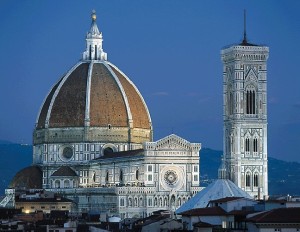 Florence and its surroundings offer a large nature and wine and food trails selection. Many itineraries to recognize the most ancient beginnings and the most known ones of the cities and some historical meeting places. In the city historical centre is even possible live again the environment of the past times, perceive the tastes and the smells of genuine products one-time, the poetry of life sung by various poets and writers that have again and again mentioned Florence in their very known plays. Florence is the city of Renaissance and of the italian art and thanks to its artistic holdings is one of the most visited cities of the world that offers unique tourist amenities: the Uffizy gallery, one of the most important museums of the world collocated in a five hundred years palace built by Giorgio Vasari for want of Cosimo I De’ Medici; inwards there are among most important artist’s great painting collection of the Renaissance as Botticelli, Michelangelo, Leonardo, Caravaggio, Raffaello. read more 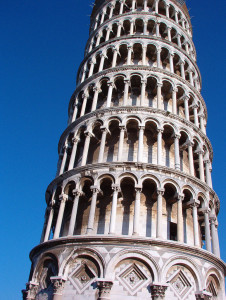 Small city of 95000 citizens , always has been destination for many travelers, writers, poets, both italian ones and foreign ones. Pisa is and then some of the most famous leaning tower and it would deserve a longer visit than stop even if unique at the very beautiful Square of Miracoli, UNESCO assets. Ancient maritime Republic, Pisa is a city born and grown along the Arno axis. The river creeks make striking and never the same view for the streets along the river (Lungarni) and the one of the buildings that overlook there and that they can be admired from the five bridges and from the river boats. Byron, Shelley, Montesqieu, Leopardi, Carducci , D’Annunzio and Foscolo, among the others, have written about the charming of the Lungarni of Pisa. read more 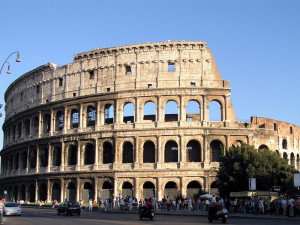 Rome is an extraordinary city rich in charm like no other in the world. Only Rome indeed can be proud of such monuments, squares, fountains, museums of such historical and artistic importance. The Colosseum that is worth to visit also internally: the entrance costs 12 euro (7,50 euro for the European citizens between 18 and 24 years and free for the minors), but it is worth also considering that is about of one of the most important monuments of the world! The guided visit lasts about 2 hours and this allows to admire the second and the third loop and the striking basements of the construction. read more 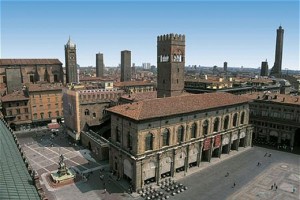 Bologna is the capital of Emilia Romagna region and is a city with a thousand faces: welcoming, charming, rich in art and culture, lively and man-sized. While retaining the appearance of an ancient past, it is also one of the most modern and advanced Italian cities. It has become a symbol of cultural integration and quality of services. For all these reasons, Bologna is one of the favourite destinations for tourists is called the “Rossa (Red)” for the colour of the roofs of the old town, the “Dotta (Learned)” because it’s hosts one of the oldest and most prestigious University in the world (Alma Mater Studiorum) and “Grassa (Fat)” for the succulence of its gastronomy, develops around the ancient Piazza Maggiore, which is overlooked by the most important buildings. read more