Visit the breathtaking city of Venice on our Venice day trip from Milan.

Spend the day in one of the most enchanting cities of the world on this day trip from Milan to Venice.

Venice, the ‘city of canals’, is arguably one of the most romantic cities in the world.

It has magnificent architectural masterpieces such as the St. Mark’s Basilica and the Doges Palace, a number of top museums, a labyrinth of narrow alleyways, an ancient and fascinating history, unforgettable dainty bridges and canals, amazing design, fashion, art and food shops.

Your Venice tour from Milan includes a ferry-boat ride along the Grand Canal to visit Piazza San Marco and the various historical monuments and palaces (with tour guide on demand).

After leaving Milan early in the morning and a comfortable three-hour drive by luxury minivan, you will reach Venice and begin the tour.

On arrival in Venice you will take a cruise on the Grand Canal – a “must do” in Venice.

You will enjoy spectacular views of Venice, taste its architectural wonders (buildings, palaces, bridges and canals), and admire the elegance of the grand mansions that line its banks.

The ferry will take you to Piazza San Marco (St. Mark’s Square). Thanks to the elegance of its monuments, San Marco is rightly considered the great “Salotto” (or drawing room), of Venice.

San Marco is the perfect place to get introduced to Venice’s classical sights, and to start your walking tour of Venice (tour guide on demand).

Setting off from St. Mark’s Square, with views of the Grand Canal, you will head through the narrow streets, laced with lovely canals and crumbling, historic houses.

Some of the sight-seeings you should see in Venice:

In addition to Venice’s big-name sights, you will have the time to enjoy Venice wandering in the calli, a labyrinthine web of narrow Venetian streets and canals. This is the best way to discover hidden gems in Venice that many visitors miss.

If you wish, you can visit a glass-making workshop to see a skilled craftsperson creating glass vases and perhaps shop for well-crafted souvenirs to take home.

Last, but not least, why not finish your day in Venice with an optional gondola ride around the Venetian lagoon?

The ride by flat-bottomed gondola is considered a must-do Venice experience, and takes in several atmospheric side canals as well as a stretch of the Grand Canal.

Alternatively, use the time to wander around the Venice streets at leisure.

At the end of your tour, you will be returned to your hotel in Milan.

Ready to enjoy this Venice day trip from Milan?
Book This Tour

Walking in the historic center of Venice 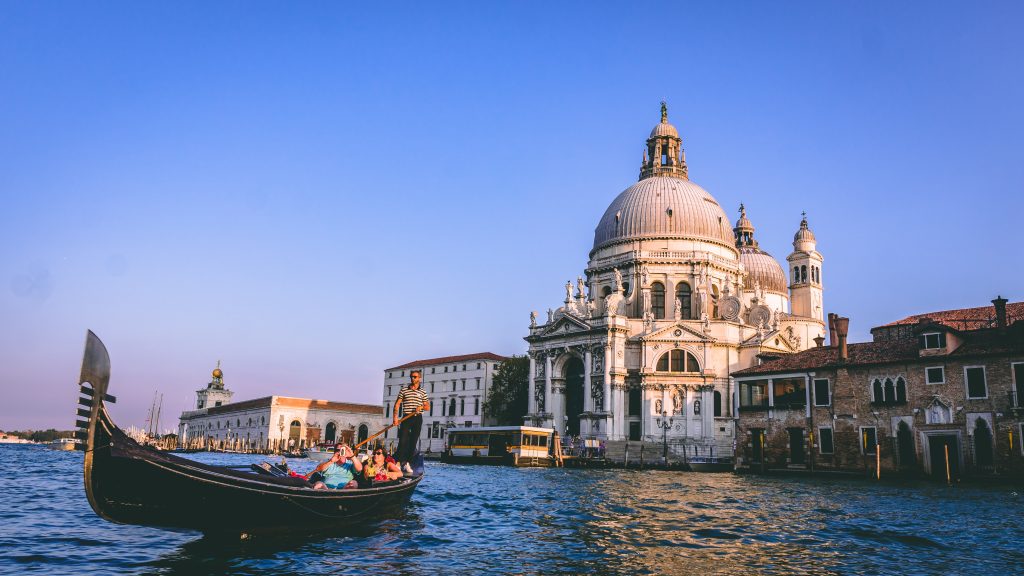