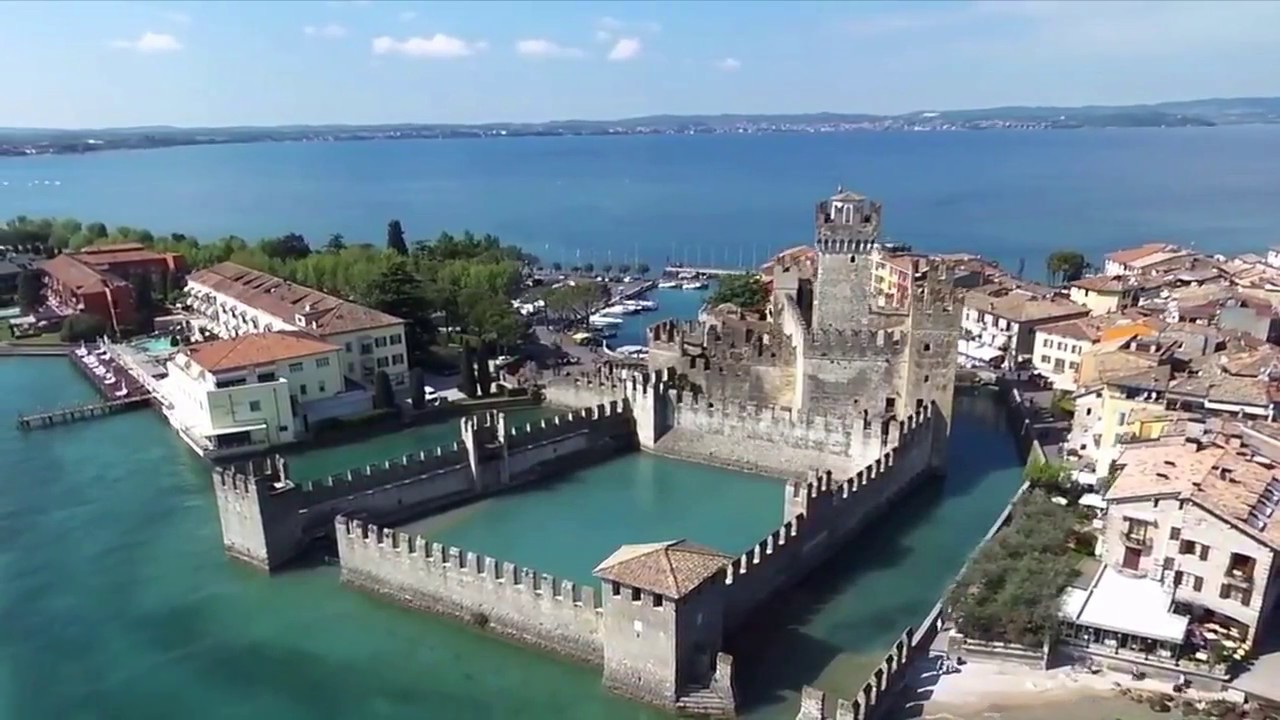 Discover the romance of northern Italy on your Verona and Lake Garda day trip from Milan.

The Romans were the first people to fall in love with the area, making of it a luxurious summer destination, contributing to its Mediterranean landscape of vineyards, olive groves and citrus orchards growing thanks to the lake’s uniquely mild microclimate. You will visit ancient Roman thermal baths and a grand villa in Sirmione.

Verona, the city that inspired Shakespeare’s “Romeo and Juliet“, is the enchanting home of the Roman arena, and has gained UNESCO status for its collection of monuments from eras dating back to 1st century BC.

Spend an unforgettable and relaxing day on our Verona and Lake Garda scenic day trip from Milan.

After leaving Milan early in the morning and a comfortable two-hour drive by  minivan, you will reach Sirmione on the Lake Garda.

The stunning lakeside towns around Lake Garda have fascinated visitors for centuries. Romans fell in love with the area and left beautiful villas and many tracks of their love. Sirmione hosts some of those tracks.

It lies between the blue waters of Lake Garda and green olive trees, and is a very romantic village, of Roman origin, whose beauty has been praised by famous Latin poet Catullus.

It has been famed for its thermal baths since antiquity, and hosted Catullus’s summer residence, and a grand Roman villa whose ruined walls are still clearly visible.

You will have time to visit the Grottoes of Catullus (Grotte di Catullo), the grand Roman villa with mosaics and musem, Sirmione’s narrow medieval streets that burst with colour, and the moated castle, Rocca Scaligera, a rare example of a medieval port fortification, used by the Lords of Verona in the 1200s.

And admire Sirmione’s breathtaking lake views: Sirmione stretches along a thin peninsula that protrudes into Lake Garda for about 4 km. It’s one of the most beautiful places of the lake, from which one can enjoy the splendid views of both shores.

After Sirmione, one-hour drive by minivan (or coach) will take you to Verona, one of Italy’s loveliest towns, a beautiful and romantic city, a prosperous medieval town in its own and also a popular tourist destination.

Famous as the setting for Shakespeare’s Romeo and Juliet, this enchanting Veneto city has gained UNESCO status for its collection of monuments dating back to 1st century BC.

You will have time to visit top Verona attractions like Piazza della Erbe and the exceptionally preserved ancient Roman’s Arena, the city’s grandest sight, where concerts and operas are still performed in summer.

The amphitheatre had the capacity to accommodate 20,000 spectators. The surroundings of Piazza Bra, where the Arena is located, are a stylish area lined with cafes, government buildings and fashionable shops.

You will also visit Juliet’s House, the principal point of interest for lovers of Shakespeare. Step back into Shakespearean times and lose yourself in the setting of the world’s most romantic story.

Do not forget to taste food and wine.

Veneto’s cuisine is one of the richest in Italy and it combines Mittleeuropean culture, Alpine and Mediterranean influences, recipes with ingredients from the Lombard plains. The area has been particularly active in wine production since ancient times. Among the local wines: Valpolicella, Soave and Bardolino.

At the end of your tour, you will be returned to your hotel in Milan.

Ready to enjoy this day trip?
Book This Tour